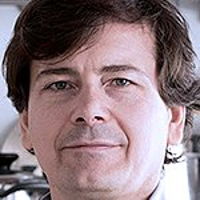 “When I would come home, my grandfather Cesare would say, ‘guess what I’ve brought for you today!’ For me, those words rang like a gift: dinner-time was approaching. Before cooking, my grandfather would put on a white apron and select the ingredients: he would turn on the burners and suddenly the kitchen would be filled with the scent of cooking, and everyone would start getting hungry."

Our guide Germano, who today lives in the enchanting capital, Rome, in a splendid apartment in the shadow of the famous St. Peter’s Basilica, tells us about himself in this way.

He pleasantly recalls his first steps in the kitchen when he would help his mother in the kitchen at a young age. “Christmas, Easter, birthdays... Every event was celebrated around our dining table and, like every Italian family, we would talk about food while we ate”.

Want to book this Cesarina?
A passion handed down by grandpa Cesare

For the dishes and recipes of his Taste Experience, Germano draws inspiration from his childhood memories.

For his Taste Experience, Germano draws inspiration from his childhood memories, starting with the antipasto: crostini with chicken giblets, a paté of chicken livers and hearts served seasoned with parmesan and nutmeg, a family recipe that was handed down to him by his grandmother.

As a second course, Germano serves Roman-style chicken, a simple recipe whose secret lies in being able to prepare it quickly, flash-frying the pieces of free-range chicken with prosciutto, garlic and Roman mint. The chicken is accompanied by a puntarelle salad, the Roman vegetable 'par excellence'.

To finish off, we have an aromatic visciole cherry pie.

Roman cuisine in the shadow of St. Peter’s Basilica