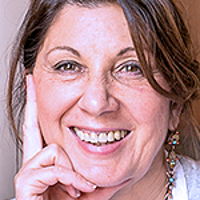 Cesarina from 2018
My speciality: Lariana-style Gnocchi
I live in: Como
I speak: Italian, English

Morena gives us a taste Experience dedicated to the flavors of the Como cuisine and some typical Larian dishes; the "Larian Triangle" is the area between the two branches of Lake Como and the southern hills between Como and Lecco.

In this area, compared to many traditional foods of Northern Italy, the local cuisine is very diverse: in addition to rice, corn and potatoes, there is extensive use of coarse grains, buckwheat and chestnuts; as far as meat, white meat or venison is preferred and freshwater fish is also often used.

This cuisine is characteristically original, particularly for the choice of condiments: the favorites are butter and lard, staples in the Po area tradition, contrasted with the abundant use of locally produced olive oil, as well as linseed, walnut and rapeseed vegetable oils.

- After-dinner Genepy liqueur from our valleys

Our hosts are regularly updated on the latest hygiene and social distancing protocols, for everyone’s safety and peace of mind.

Our team of Culinary Guides are there every step of the way to provide personal assistance and tailor your unforgettable experience.

Your safety is priceless. Our payment system provides the best transaction security guarantees. Furthermore, you can cancel your booking up to 24 hours before the start time with no charges

Discover other hosts in Como